I’m Irene, a wife to a Border Patrol Agent and Veteran, a mother to 3 beautiful daughters, a grandmother to 3 precious grandchildren, a small business owner, and a first-generation American to Mexican immigrants; naturalized citizens, and a firm believer in the American dream.

"I will not stand by and let evil prevail!"

GROWING UP IN EL PASO

A lifelong El Paso resident with deep roots in both El Paso and Ciudad Juarez, and born to Ernesto and Graciela Armendariz, Mexican immigrants who became naturalized citizens of the United States. Irene learned from them the values of faith, strong family ties, and hard work. Her father was employed in drywall construction and her mother earned both a Bachelor’s degree and Master’s in Social Work, dedicating her career to working in the Pediatrics Department at Texas Tech Medical Center. The Armendariz family did not expect anyone to give them a handout; they believed in working to create their own opportunities.

Irene and her husband, Bill, have been married for 27 years. Bill is a veteran of the United States Navy and has been with the United States Border Patrol for 24 years, serving as a Patrol Agent and as Chaplain. They have three beautiful daughters and three delightful grandchildren. As a wife, mother, and grandmother, Irene is committed to promoting strong family and moral values. Irene learned early in life the lengths parents will go to give the next generation a greater opportunity to live the American Dream, a lesson that has impacted her own family.

Irene attended public schools in El Paso and graduated from Burges High School. She received an undergraduate degree in Business Management from Howard Payne University and has earned a Master’s Degree in Government with a concentration in Law and Public Policy from Regent University.

"preserving liberty and the American Dream for future generations"

In 2018 Irene served as the Constituency Leader and Domestic Policy Advisor, while also helping with Communications and Strategic Planning for the Republican Candidate in the District 16 campaign.

Along side fighting for several policies and issues that are most important to all of us, Irene is currently working with organizations that address human trafficking, which victimizes and preys on women and children, the most vulnerable among us. She is enthusiastically building partnerships between government and the faith community and providing much needed resources for those struggling during these unprecedented times in our community.

AN ADVOCATE FOR SMALL AND LOCAL BUSINESS

As a realtor and small business owner, Irene understands the value of economic freedom for both employees and employers. Irene’s experience on both sides of the check has made her uniquely qualified to advocate for lower taxes, deregulation, and protecting the American Dream.

We must take back Congress in 2022. Together, we can lead the effort to rally conservatives as well as misguided democrats to reclaim our democracy.

Paid for by the Irene for Congress Committee 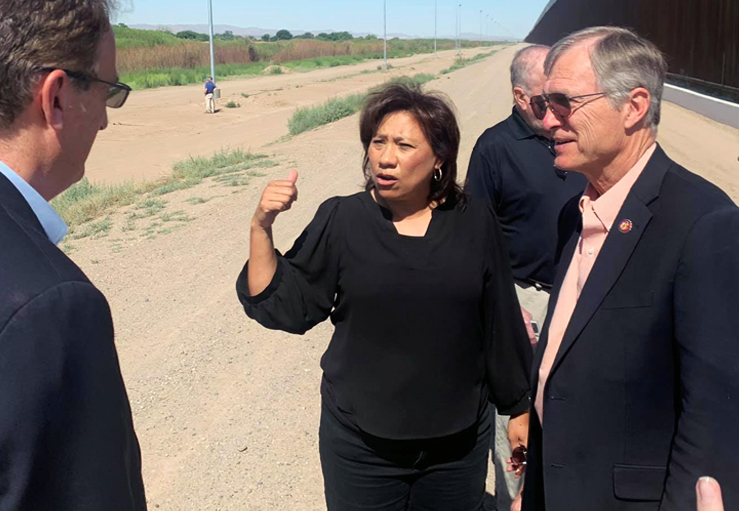 El Paso is a beautiful city that needs a better tomorrow.

60 years of democrat control has left El Paso with high taxes and no opportunity progress unless you’re a Democrat politician.

Can you say that you are better off?